The John Hope Franklin Research Center at Duke University has acquired the Robert A. Hill’s Collection of the Marcus Garvey and Universal Negro Improvement Association Papers. The collection includes the research materials and documents collected to compose the twelve-volume – Marcus Garvey and Universal Negro Improvement Association (UNIA) Papers (University of California and Duke University Press). Hill initially edited and published these documents in 1983 focusing on Garvey and UNIA movement in Africa, America and Caribbean.

According to The John Hope Franklin Research Center, Duke University, the materials constitute one of the largest collections of documents on Garvey and the UNIA organization. The collection includes more than three hundred boxes of material. It is currently being processed at the Center prior to making it available to the public. It includes minutes of UNIA proceedings in London in 1928 and a copy of the stock certificate that was offered in the Black Star Line – issued in 1919. 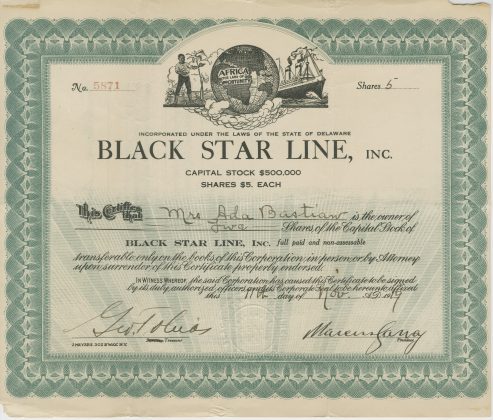 The life of Marcus Garvey was chronicled in the PBS documentary series – American Experience – tilled Marcus Garvey: Look for me in the Whirlwind in 2011. Also, plans are in place for a new full length film starring renowned British actor Delroy Lindo – an actor with strong Caribbean connection. Lindo will take on the role of Marcus Garvey the journalist, publisher, political leader, orator, entrepreneur and Black Nationalist and Pan- African leader. The film will cover the Garvey-years as founder and leader of the Universal Negro Improvement Association and the African Communities League (UNIA-ACL). It will also cover his work as pioneering founder of the Black Star Line – a project to promote the return of individuals of African descent in the African Diaspora to the lands of their ancestors. Lindo’s body of work include the films Malcolm X, Crooklyn, Clockers and the biographical film Satchel – based on the life of baseball great – Satchel Page. Lindo was born to Jamaican parents in Lewisham, England, he later moved with his mother to Toronto, Canada, and then to the United States, where he graduated from the American Conservancy Theater in San Francisco.

In addition, a movement led by Garvey’s son – Dr, Julius Garvey – for the US Government to pardon Marcus Garvey has picked up steam in the past year. Garvey was “convicted” and place in jail in 1924 and was released and deported to his native country – Jamaica in 1927. Author/editor Dr. Robert Hill is Editor-in-Chief of the multivolume edition of The Marcus Garvey & Universal Negro Improvement Association Papers, a research project conducted within the James S. Coleman African Studies Center, UCLA. In addition, he is Literary Executor of The Estate of prominent Caribbean historian C.L.R. James and General Editor of The C.L.R. James Archives, Duke University Press. Dr. Hill (“Bobby Hill”) is Professor Emeritus of History and Research at the University of California, Los Angeles (UCLA) and Visiting Fellow at The Sir Arthur Lewis Institute of Social and Economic Studies (SALISES), University of the West Indies at Mona, Jamaica, W.I. He has been a member of the UCLA History Department for over 25 yrs. He previously held appointments at Dartmouth College, the Institute of the Black World (IBW, Atlanta) and Northwestern University, Evanston, IL.

Bobby Hill was a personal friend and colleague of Guianese historian Walter Rodney, PhD. They travelled together to attend the Congress of Black Writers in Montreal, Canada in October 1968 and worked together at the IBW at the same time. He edited and wrote the forward to Rodney’s masterpiece Walter Rodney Speaks: The Making of an African Intellectual. Hill was also co-authored of the introduction to Rodney’s classic economics/ history book How Europe Underdeveloped Africa. 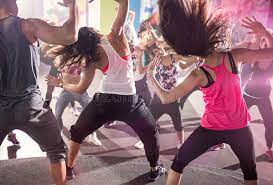 Zumba: Dancing Your Way to a Healthier Body