Kingston12 Digital Radio is a 24/7 reggae music channel
(It is available at kingston12.net and on TuneIn/Simple Radio Apps)
Special Programs
Weekly New Releases – Fridays (9:00 PM – 12:00 AM)
Every Friday night on Kingston12: Conscious Reggae Party host Sydney White introduces listeners to the latest reggae releases from countries around the world where reggae music is produced. Artists from Jamaica, Hawaii, Germany, New Zealand and Great Britain are regulars in the playlists. We introduce new music from new artists and the new stuff from the veterans. Remember, if it’s Friday – you will always discover something new and really special at Kingston12.net


Friday Night Dancehall Session (12:00 AM – 4:00 AM)
This is an opportunity for multi-DJs to show-off their mixing skills in classic Dancehall mixing. We keep clean, we keep it cultural.
King Viper Sound Presents: Live Dancehall Session – Saturdays (10:00 PM to 4:00 AM)

Tune in to King Viper Sound – the US east coast #1 reggae and dancehall Sound System – heard live on digital radio at kingston12.net every Saturday night form 10:00 PM to 4:00 AM. DJ Lulu, Kevin, the Fluffy Diva and the crew take you into the real world of Jamaican Dancehall.
During this six-hour session, listeners get to enjoy dancehall music in its purest form. The play-list may range from the early nineteen sixties music to releases from the Friday prior to the air date.
The King Viper Reggae Gospel Trane – Sunday (3:00 PM to 7:00 PM)
Every Sunday Fada Lulu and the King Viper crew journey deep into the Jamaican countryside to take you “live” into the Jamaican church. The blend and mix of reggae gospel with other Caribbean and African-based religious songs are presented in a way that transport you mentally to a real Jamaican church on a Sunday night. 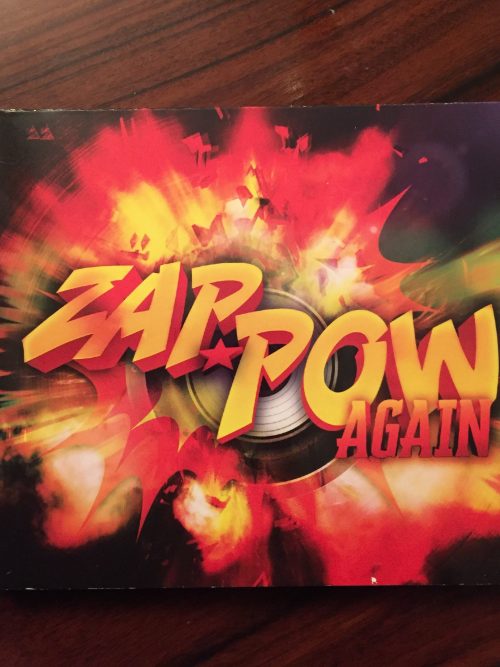 In 2004 VH1 Cable Television channel produce a television show called Bands Reunited – hosted by Aamer Haleem (Canadian radio and television personality). The show documented attempts of reunion of formerly popular musical ensemble for a special concert. On a typical show, the crew would go out and hunt down the ex-members of the band (often at first in disguise) one-by-one, and convince them to agree for the one-time concert. Each band member was then interviewed, usually focusing on the reasons they left the band. In most cases band reunions happen because someone makes this kind of effort to put the members back together. In other cases reunions can be an excuse for desperate, sometimes “down and out” musicians to attempt to re-live the “glory days”.
The 2016 revival of the legendary reggae band Zap-Pow was different. Although these band members had been apart since 1979, they never really left each other. Over the years they played together in recording sessions and in backing bands as part of the rhythm section for some of Jamaica’s most prominent touring reggae artists. Thus for original band members Dwight Pinkney (guitar), Glen DaCosta (tenor sax), Richard “T Bird” Johnson (keyboards) and Leebert “Gibby” Morrison (bass) getting back together was as easy as saying to each other “it’s time to do this”. The most difficult decision they had to make was selecting the complement of young musicians and singers to complete the band.


Zap-Pow was originally formed in 1969 and had a ten-year run to 1979. During those years the other prominent members of the band included Beres Hammond on lead vocal, the legendary David Madden (trumpet) and Larry McDonald (congos). Over the years other well-known artists that performed with Zap-Pow included: Max Edwards (drums), Mike Williams (bass), Joe McCormack (trombone), Vin Gordon (trombone) Danny McFarlane (keyboards) and Cornel Marshall (drums). Among the singers who performed with the band were Jacob Miller (Inner Circle), Winston “King” Cole (Winston “Mr. Fixit” Francis) Bunny Rugs and Milton “Prilly” Hamilton (both former front men for Third World Band).
Their biggest domestic hit during the early years was a song called This is Reggae Music. The 1976 albums – Zap-Pow Now and Revolution both made it on to the UK reggae chart. Other albums recorded during the ten-year period include Revolutionary Zap-Pow (1971) and Zap Pow. They also contributed to the collections – Beres Hammond Meets Zap-Pow, Jungle Beat, Love Hits, LMS and Reggae Rules.
In the 2016 edition of the band, they have added the talented Lando Bolt (drums), Everol Wray (trumpet) and Fiona and Geoffrey Forrest on vocal. The 15-track CD titled – Zap-Pow Again produced by Dwight Pinkney was released in October 2017. It Includes eight new original songs, plus seven taken from previously released albums. The new songs were mixed by Grammy award-winning engineer – Christopher Daley (aka the Quite Giant). The remaining seven songs came from several of the group’s classic albums that featured Beres Hammond as lead singer. Songs like This is Reggae Music, World Peace 3 and Let’s Fall in Love introduced Beres to reggae music fans throughout the world.