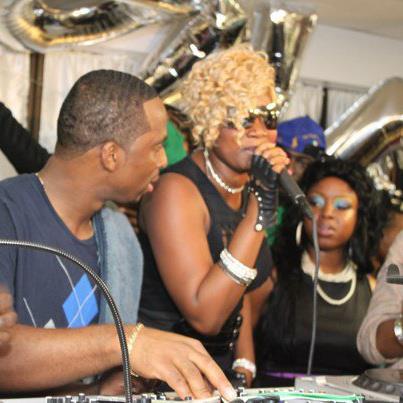 The tradition of Jamaican dancehall Sound System has often been referred to as a kind of mobile disco. The “dancehall disco” was the linchpin for the development of the entire Jamaican music industry – which today has evolved into reggae and modern dancehall genres. These “mobile discos” actually gave rise to the country’s recording industry. The first local disc pressing plants were set up to press American and British records for Sound Systems. Similarly, the first locally produced discs were produced for the Sound Systems.
The late fifties saw a significant increase in both the number of Sound Systems and discs producing outlets. Jump Blues from the United States was the dominant music played at the time. Artists like Fats Domino, Rosco Gordon and Balladeer Johnny Ace dominated the Jamaican dancehall. The dominant Sound Systems at the time was Tom the Great Sebastian (the original home of the great Count Machuki) and V-Rocket. By 1960, the Sound System phenomena had expand to include major players Vincent Edwards – King Edwards the Giant; Clement Dodd’s – Sir Coxsone Downbeat; Arthur Reid’s – Duke Reid the Trojan and later Cecil Campbell’s – Prince Buster the Voice of the People. The large Sounds cultivated protégés such as Dr. Dickey’s Dynamic (the original home of the great U-Roy and King Tubby), Supertone the Ambassador, Count Bells the President, Prince Lloyd the Matador and Sir Nyah the Conqueror.
The establishment of local production facilities in Jamaica – first Stanley Motta and later West Indies Records (WIRL) launched Jamaica into the record production business – at first for Sound System operators only, and later for consumers. Records were initially produced with blank second (flip) sides or instrumental version of the song on the flip side. This gave rise to toasting as the DJs quickly learned to “ride the rhythm” on the flip side. Count Machuki is credited as the originator of this concept.
Throughout five decades, Jamaican music has evolved through several genres – from Jamaican Jump Blues, to Ska, Rock Steady and now Reggae and Modern Dancehall. However, throughout these decades, the concept of real Dancehall has remained constant. The huge oversize speakers – usually in an outdoor space with DJs that incorporate a kind of African call-and-response in their toasting as they “ride the rhythm” defined what dancehall is all about.
Today, King Viper Sound – a Sound System based in Washington DC area of the United States takes the history and the cultural phenomena that characterized dancehall culture very serious whenever they play. Owner and Technical Director Tony Armstrong (Father Lulu) and son Kevin, plus a team of DJs and selectors provide local and regional dancehall fans on the US east coast with a true taste of what music use to be like back in the day when Sound Systems competed for the title –“King of Jamaican Dancehall”. They have built multiple sets, which allow King Viper to perform in multiple settings simultaneously.
Armstrong was introduced to the Sound System during his formative years while living in Jamaica. He actually ventured into the business in 1973 when he built his first system – Lulu’s HiFi playing for house parties and helping to sow the seeds for Ska and Reggae as a prominent music genre the Washington area. Over the years he has remained an integral part of the Washington – Metro area Sound System scene, either as an operator or as sound engineer for one of the prominent sets. This period included time with Emperor Sound and at the Turntable and the Hummingbird – two of the first nightclubs in the Washington area that featured a format of predominantly reggae music.

King Viper can be heard live on digital radio at kingston12.net every Saturday night form 10:00 PM to 3:00 AM as they take real Jamaican Dance to the World. During this five-hour session, listeners get to enjoy dancehall music in its purest form. The play-list may range from the early nineteen sixties to the Friday prior to the air date. 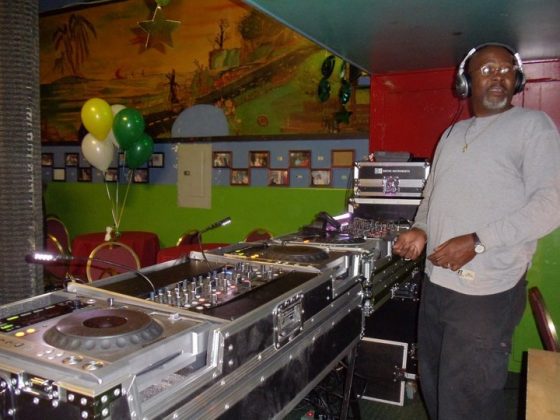 As Armstrong describes it – Each week they use the music to take listeners into the heart of the places – to “meet” some of the players that to a large extent, define Jamaican culture. King Viper’s main objective is to enable listeners to feel like they are actually there in a space with no walls, surrounded by large, oversize speakers, great music, and good vibes.
Listeners at home can move their furniture to one side, call up friends and have a dancehall session. Armstrong describes King Viper Sound really simple….”a Sound System that plays reggae music with a calming vibe, that is conscious, but can sometimes hit hard’. But as the great Bob Marley once said “when this music hit you will feel no pain”.