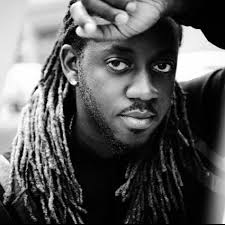 Clay (born Clayton Morrison on August 9, 1982 in Kingston, Jamaica) is a classically trained pianist, music producer, song writer and reggae singer. He currently resides and record out of the United Kingdom. In his short years in the music business he has established himself as brilliant artist/songwriter/producer – working with artists such as The Neptunes (currently produced by Pharrell), Teddy Riley and Timbaland. Clay’s body of work (client list) include labels such as Sony Music, Atlantic Records, WEA, VP Records and Avex & Pony Canyon (both Japanese companies)

In addition to the piano, the very versatile Clay also plays drums and guitar. He is described as “having an incredible ear for music – with no boundaries or limits on genre”. Clay is as comfortable with Hip Hop, R & B and Pop as he is with his chosen genre – reggae and is rapidly becoming an artists’ favorite artist.  He has established his own Calybeat label which he describe as half of his first name and “I like clay because a potter uses it and molds it into something beautiful and since I make music and can mold sounds into a beautiful song, the marriage of Clay and Beat work well”. On Claybeat he has developed a unique sound that works as easily for Sean Pauls’s Hold My Hand as it works for Timbaland Hip Hop sound, the Chipmunk’s Pray for Me or his latest release-Can I Have My Heart Back.
While Clay is still busy stamping the Claybeat “signature” a number of projects, his solo career has really taken off and he has become part of both radio playlists and the dancehall scene in the United Kingdom and throughout Europe with songs such as Fire, Life, London Town and Shadow after Dark. His latest five-track EP titled Clay-List include potential hits such as Late than Never, Still the Same and two of this writer’s favorites- Clean Hands and Dirty Heart & Wolf Inna Sheep Clothe.
He describes his personal goal as simply “make great music that inspires people and to maintain a balance in his life”. You can checkout his music a Blog at reggaepromo.weebly.com