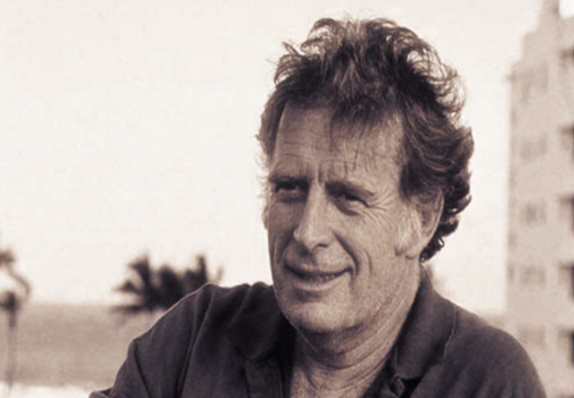 Giants Behind the Music: Chris Blackwell

Chris Blackwell (born Christopher Percy Gordon Blackwell) was born in Westminster, London. His father –Joseph Blackwell was an Englishman who came to Jamaica as a major in the Jamaican Regiment of the British army. His mother – Blanche Lindo was a Jamaican Jew of Costa Rican descent. Chris came from a family of wealth – his father was related to the founders of Crosse & Blackwell, a British food processing and canning company. His mother belonged to one of Jamaica’s famous sugar plantation lines who were the original owners of Appleton Rum and one of the “21 families that is said to have controlled” the island in the 20th century.
Chris spent his childhood in Jamaica and was sent to Britain to continue his education at Harrow School. At the end of high school he opted to return to Jamaica instead of attending college. He became an aid to the Governor and later decided to step out on his own.  At first he entered the real estate business, and later distribution and management of jukeboxes. This later project brought him in direct contact with both ordinary Jamaicans and the music business. It is rumored that Chris’s introduction to “deep roots music” was quite accidental.  Author Brent Hageman (2005) noted that Chris was “sailing off the Hellshire Beach in 1958 when his boat ran aground on a coral reef.
The twenty one-year-old swam to the coast and attempted to find help along the shore in searing temperatures.  Collapsing on the beach, Blackwell was said to have been rescued by Rasta fishermen who tended his wounds and restored him back to health with traditional Ital food. Hageman noted that this experience gave Blackwell a spiritual introduction to Rastafarianism and was a key to his connection to the culture and its music.”
In 1958, at the young are of 22, Blackwell formed Island Records with an initial inheritance of $10,000.  His initial business partner was Jamaican radio personality – Graeme Goodall.  Their first release was an instrumental/vocal album by a Bermudian artist name Lance Hayward. A year later Chris started recording Jamaican popular music with artist like Laurel Aitkens – producing the island’s first locally produced hit – “Boogie in my Bones”, baked with “Little Sheila”
In 1962 Chris produced 26 singles and two albums. At the end of that year he returned to England in search of better production facilities and a larger market. Among the master tapes that Chris recorded that year and took to England was one by a fifteen-year-old Jamaican female singer name Millie Small. In 1964 he brought her over to England to record a Ska version of Barbie Gaye 1956 hit – “My Boy Lollypop”. The rest is history as that song went straight to number one as the very first Jamaican-linked song to make it to the top of the British charts. This marked the beginning of Island Records as the first great independent label.
Chris later joined forces with Stanley Borden of RKO Entertainment – producing some of the greatest artists of our time – artists that has impacted our lives and the music world in ways that can hardly be measured. Among them – Bob Marley, Grace Jones, U2, Steve Winwood and the Spencer Davis Group, Lake and Palmer, Jethro Tull, Cat Stevens, Sly & Robbie, Robert Palmer, Jimmy Cliff, Ike & Tina Turner, Third World, Burning Spear, Black Uhuru, Melissa Etheridge and African superstars Salif Keita, Baaba Maal, King Sunny Ade and Angelique Kidjo.
Blackwell sold his stake in Island in 1989 and eventually resigning from the company in 1997.  He went on to form Palm Pictures, a media entertainment company with music, film and DVD releases. In the late 1990s, Blackwell merged Palm Pictures with Rykodisc to form RykoPalm, a new operation. That same year he purchased Netherlands-based conglomerate PolyGram. He stayed on for a few years to supervise the companies that operated under the Island label.
Simultaneously, in the early ’90s, Blackwell created Island Outpost a South Beach based hotels and resorts company that purchased and managed hotels such as the Marlin Hotel in South Beach, Miami and Jamaica’s Strawberry Hill (1992), followed closely by Bahamian Pink Sands and Compass Point and The Caves, Jake’s and Golden Eye, in Oracabessa, Jamaica. Chris currently lives in Jamaica and has made the island his base of operation for several companies. These include multiple hotel properties – Golden Eye, Strawberry Hill in St Andrew, and the Caves in Negril, Jamaica. In recent years he has had some difficulty staying away from his family’s legacy and in 2009 he introduced his own brand of fine rum “Blackwell Black Gold” to the international market.
In April 2009, the UK magazine Music Week named Blackwell the most influential figure in the last 50 years of the British music industry. When he was inducted into the Rock & Roll Hall of Fame in 2001, they described him as the “single person most responsible for turning the world on to reggae music”.  Although others like Johnny Nash and Paul Simon have certainly played a part in introducing reggae music to the US, Chris certainly stands out as the individual who took reggae around the world.  Today at the ripe “young” age of late seventies – when most people who have made such significant contributions to our lives are ready to retire, he spends most of his time with his favorite philanthropic organizations.  Among them – the Island ACTS, the Oracabessa Foundation, the Mary Vinson Blackwell Foundation (established in honor of his late wife to whom he was married from 1998 till 2009), and the Jamaican Conservation Trust.